Because J’s twin brother K moved to New York City a few months ago, we took advantage of his offer to come play and spent a long weekend with him in Brooklyn. We had a good time, and other than the ice-pack-booby effect, the cold wasn’t even challenging (although we walked SO much that my legs are throbbing…but it felt good!). This was the first time where I made a decision not to let pain stop me, and stuck to it. That felt like an accomplishment.

We got there in the afternoon, but it felt like night time because we had been traveling all morning(DC2NY all the way –this bus was cheaper than the train and very comfortable despite the lack of leg room) and it gets dark so damn early! We ventured out to Sunset Park, where we were treated to a magical view of the skyline at sunset:

J and I had a few squabbles, so it wasn’t the perfect trip it could have been, but it’s mostly my fault, so I’ve got things to work on. Because we had no real plans, he and K basically took me on a gluten-free tour of NY. My favorite place was Risottoria — almost everything was gluten-free, and they had TIRAMISU and TRES LECHES CAKE! 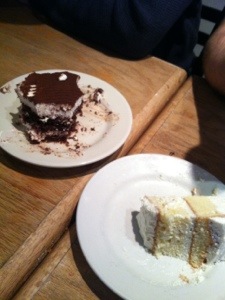 We also went to the “Top of the Rock” at Rockefeller Center and got an amazing view of the city. 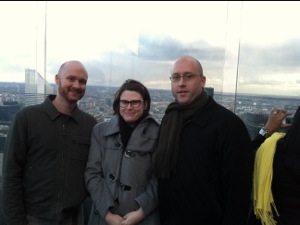 View all posts by SisyphusRealized

One thought on “NYC Long Weekend”

towards a feminist BRCA+ community

...wedding planning, minus the boobs.

I'm getting my boobs chopped off

One girl, two boobs, a genetic mutation and a big decision

The skinny on being a young breast cancer survivor and carrier of the BRCA1 gene mutation.

A breast cancer experience in cartoons

life is sour enough. this is my spoonful of sugar.

"He who has a why to live can bear almost any how." -Nietzsche

Inviting myself to dinner, around the world, to bring recipes and tales of great hospitality home to you.

What would you do if you knew you were going to get cancer?

The View From Eighteenth